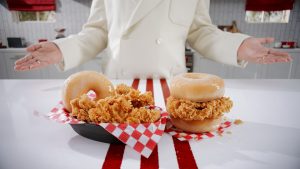 The game- the first 10 ”reader-comments” received – will be entered in a “blind hat pick”! You can submit as many comments as you’d like but- Please, only 1- reader comment – per day…play fair!

The $20 Gift Card is good at any Kentucky Fried Chicken location. 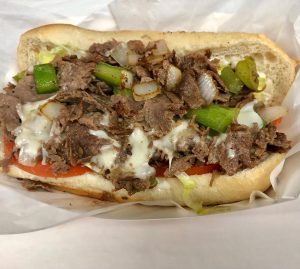 Trust Jeff Eats on this one, this joint’s stuff is absolutely amazing… 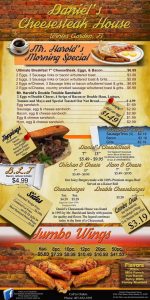 Got a real good cheesesteak joint for you guys to checkout- Daniel’s Cheesesteak House in Winter Garden.

Yesterday afternoon Jeff Eats and Mrs. Jeff Eats “discovered” Daniel’s Cheesesteak House and I gotta tell you real good stuff! Now I know- that you guys originally from Philly think you know better than I do- as to what constitutes an absolutely dynamite delicious cheesesteak- with that in mind, in my humble Brooklyn born opinion I’m telling you guys that Daniel’s Cheesesteak House makes an absolutely delicious dynamite cheesesteak. So there you go! By the way, the joint’s cheesesteak french fries, onion rings and deep fried wings were no slouches either!

Let me wrap Daniel’s Cheesesteak House up by saying- Jeff Eats and Mrs. Jeff Eats really enjoyed the joint. I don’t know about you guys- eating killer food in a mini-mart setting is definitely right up our alley! 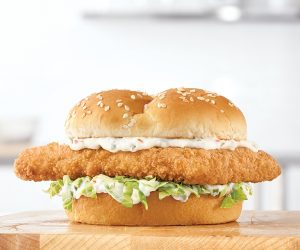 Jeff Eats got a $20 Arby’s Gift Card to give to one of you guys!

The $20 Gift Card is good at any Arby’s location (arbys.com for locations, menu, info). 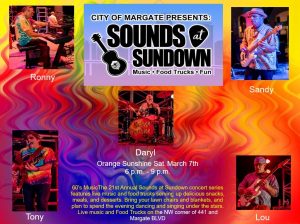 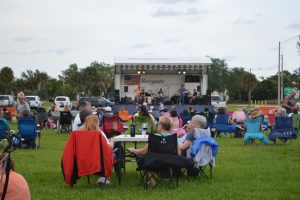 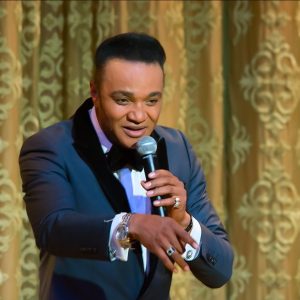 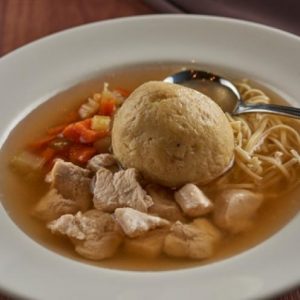 Last night I played some poker at the Isle Casino & Racing at Pompano Park. After losing only 22 bucks (just in case my wife is reading this) I and a couple of friends had a “bite” at Myron’s Deli which is located in the casino-facility.

Myron’s is a New York City Kosher Style Deli…the joint is done-up to look like a deli circa 1950s. Just so you know, all of the restaurants at the Isle are owned/operated by the Isle of Capri Casino…take a look at its website at www.isleofcapricasino.com for a list of restaurants/hours/and other details.

Last night, Myron’s passed the pastrami, corned beef, brisket test. The sandwiches were nice sized. The meats were as good as those served in your favorite neighborhood bagel joint. As for prices, $3-$4 more than what the local joints get…Hey! come on, the casino is like a movie theatre or an amusement park, you are what they call a “captive audience,” so you pay more, it’s just that simple. Have you seen what it costs to “feed” a family of 4 at a Heat or Marlins’ game?

You now know about a joint where you can get a nice deli sandwich, soup, knish…assuming Lady Luck hasn’t entirely wiped you out.

This festival is “new” to Jeff Eats and Mrs. Jeff Eats…

Not to look a gift horse in the mouth (although it involves something like 2-90 mile drives), Mrs. Jeff Eats’ old college friend Ronnie and her husband, Rick- literally just called- inviting us to be their guess ($50 VIP Tickets) on Sunday, March 29th, 2020 at the 2020 Treasure Coast Ribs And Wings Festival in Fort Pierce. 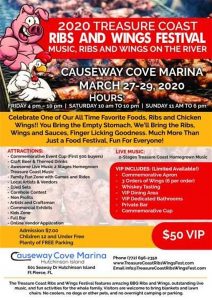 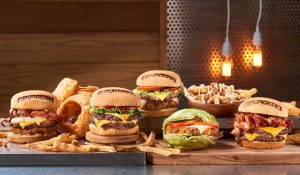 Jeff Eats got a $20 BurgerFi Gift Card to give to one of you guys!

The $20 Gift Card is good at any BurgerFi location (burgerfi.com for locations, menu, info). 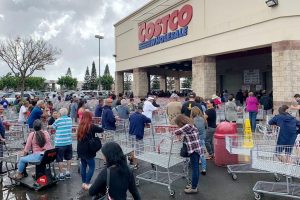 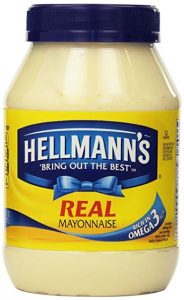 Most people don’t know that back in 1912,
Hellmann’s Mayonnaise was manufactured in England.
In fact, the Titanic was carrying 12,000 jars of the condiment scheduled for delivery in VeraCruz, Mexico, which was to be the next port of call for the great ship after its stop in New York.
This would have been the largest single shipment of mayonnaise ever delivered to Mexico.
But as we all know, the great ship did not make it to New York.
The ship hit an iceberg and sank. The people of Mexico, who were crazy about mayonnaise, and were eagerly awaiting its delivery, were disconsolate at the loss. Their anguish was so great, that they declared a National Day of Mourning.
The National Day of Mourning occurs each year on May 5th and is known, of course, as Sinko de Mayo.

My name is Jeff. I was born and bred in Brooklyn, New York. Since 1991, I have lived in South Florida and have eaten in so many restaurants down here, that I now consider myself to be a food expert. END_OF_DOCUMENT_TOKEN_TO_BE_REPLACED