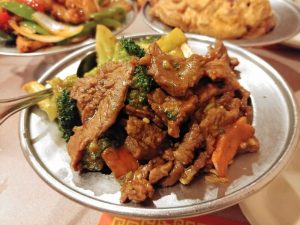 Definitely one of the best Brooklyn Jewish American Chinese Restaurants circa 1957 in South Florida. If this joint was a drop closer to Jeff Eats and Mrs. Jeff Eats’ Boca Raton abode- we would definitely be real steady customers. That said, since 2011 we’ve still managed to get to China Hollywood on average something like 6 times a year! 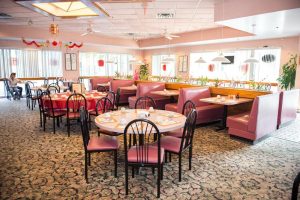 Literally-every day, old Jeff Eats gets asked…”What’s a really good Chinese restaurant down here.” For those of you who live or work in Hollywood–try China Hollywood.

At this stage of the proceedings check www.chinahollywoodfl.com for menu/prices.

I’m gonna go out on a limb here…China Hollywood’s food is probably better, that’s right better–than your favorite neighborhood joint. If this joint was in my neighborhood, it would definitely have me as a steady customer.

As you guys know, what consitutes good food is a very subjective thing. With that in mind, I’m telling you that China Hollywood passed Jeff Eats’ Brooklyn-taste test with flying colors.

My name is Jeff. I was born and bred in Brooklyn, New York. Since 1991, I have lived in South Florida and have eaten in so many restaurants down here, that I now consider myself to be a food expert. END_OF_DOCUMENT_TOKEN_TO_BE_REPLACED