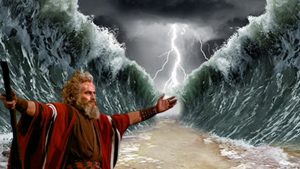 Jews have marched on–and survived–for millennia, with a little help
from their brains, not to mention their humor:

The President of Iran was wondering who to invade when his telephone
rang.

“This is Mendel in Tel Aviv. We’re officially declaring war on you!”

“How big is your army?” the president asked.

“There’s me, my cousin Moishe, and our pinochle team!”

“I have a million in my army,” said the president.

The next day he called. “The var’s still on!” We have now a bulldozer,
Goldblatt’s tractor plus the canasta team!”

He phoned the next day. “We’re calling off the var”

“Well,” said Mendel, “we’ve all had a little chat, and there’s no way we
can feed two million prisoners.”

My name is Jeff. I was born and bred in Brooklyn, New York. Since 1991, I have lived in South Florida and have eaten in so many restaurants down here, that I now consider myself to be a food expert. END_OF_DOCUMENT_TOKEN_TO_BE_REPLACED