What Are Cherries Good For? 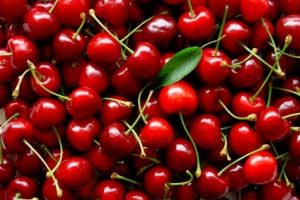 * What Are Cherries Good For?

At roughly $3.99 per pound- Jeff Eats kinda thinks it pays to play!

from mercola.com
August 02, 2014
What Are Cherries Good For?
By Dr. Mercola

The antioxidant activity of tart cherries was found superior to that of vitamin E and comparable to commercially available antioxidant products
Sweet cherries contain fiber, vitamin C, carotenoids, and anthocyanins, each of which may help play a role in cancer prevention
Tart cherries are anti-inflammatory and may help lower your risk of gout attacks and reduce pain and inflammation associated with osteoarthritis
Consuming tart cherry may help increase your melatonin levels and improve your sleep
Consuming tart cherries may activate PPAR (peroxisome proliferator activating receptors) in your body’s tissues, which helps regulate genes involved in fat and glucose metabolism

Cherries are a favorite summer fruit in the US, where about 370 million pounds are grown each year.1 With a short peak season (May to July), high susceptibility to disease and short shelf life after harvest, cherry season comes and goes in the blink of an eye.

If you enjoy cherries, now is the time to get them if you live in the US (although if you decide to save some for later, put them in your freezer where they’ll keep for up to one year). Come September, fresh cherries will be long gone for another year…

8 Top Health Benefits of Cherries
Cherries, which are members of the same fruit family as peaches, plums, apricots, and almonds, are often regarded as a “dessert” fruit for use in pies, or perhaps as a garnish for cocktails (the maraschino cherry).

But cherries have a healthy side too, one that may actually offer therapeutic benefits to your health, as cherries are rich in antioxidants and many other health-promoting compounds.

There are two primary varieties of cherries you should know about: sweet and tart (also known as sour cherries). Sweet cherries, such as Bing cherries, are best eaten fresh (and raw), while sour cherries develop a fuller flavor when they’re used in cooking (which is why they’re often used for baking).

Tart cherries are also used to make juice concentrates that may offer some unique health benefits. Some of the most notable health effects of cherries include…

Cherries contain powerful antioxidants like anthocyanins and cyanidin. One study found the antioxidant activity of these substances isolated from tart cherries was superior to that of vitamin E and comparable to commercially available antioxidant products.2

Sweet cherries also contain a small amount of quercetin, which is among the most potent in terms of antioxidant activity and a wide range of other health-promoting properties.3

Sweet cherries contain fiber, vitamin C, carotenoids, and anthocyanins, each of which may help play a role in cancer prevention. According to the National Cherry Growers & Industries Foundation:4

“The potential role of sweet cherries in cancer prevention lies mostly in the anthocyanin content, especially in cyanidin. Sweet cherries are a good source of cyanidins, which appear to act as an antioxidant and in this role may reduce cancer risk…

Further research suggests that the growth arrest characteristics of cyanidin are likely, at least in part, to be a result of significant inhibitory effects of these cherry components on epidermal growth factor receptors…

Finally, there is compelling evidence from basic science that cyanidin may also promote cellular differentiation and thus reduce the risk for healthy cells to transform to cancer.”

3. Reduce Inflammation and Your Risk of Gout

In a study of over 600 people with gout, those who ate only a ½-cup serving of cherries a day, the equivalent of about 10 or 12 cherries, or consumed cherry extract, had a 35 percent lower risk of a subsequent gout attack.5 Those who ate more cherries, up to three servings in two days, had an even lower, 50 percent reduction in risk.

Gout occurs when the metabolic processes that control the amount of uric acid in your blood fail to do their job effectively. The stiffness and swelling are a result of excess uric-acid-forming crystals in your joints, and the pain associated with this condition is caused by your body’s inflammatory response to the crystals. Past studies have found:

Eating two servings of cherries after an overnight fast lead to a 15 percent reduction in uric acid, and lower nitric oxide and C-reactive protein levels (which are associated with inflammatory diseases like gout).6
The researchers noted the study supports “the reputed anti-gout efficacy of cherries” as well as “evidence that compounds in cherries may inhibit inflammatory pathways.”

Cherries contain natural melatonin, which is a powerful antioxidant and free radical scavenger that helps “cool down” excess inflammation and associated oxidative stress. It also plays a vital role in sleep and bodily regeneration.

Based on daily environmental signals of light and darkness, your pineal gland has evolved to produce and secrete melatonin to help you sleep. Research suggests that consuming tart cherry juice not only help increase your melatonin levels but may also improve time in bed, total sleep time and sleep efficiency. According to researchers:8

“…consumption of a tart cherry juice concentrate provides an increase in exogenous melatonin that is beneficial in improving sleep duration and quality in healthy men and women and might be of benefit in managing disturbed sleep.”

Cherries contain many anti-inflammatory compounds, and research suggests they may help to relieve pain from inflammatory osteoarthritis.

According to one study, women with osteoarthritis who drank tart cherry juice twice daily for three weeks had significant reductions in markers of inflammation. They also had a 20 percent reduction in pain. The researchers noted that tart cherries have the “highest anti-inflammatory content of any food.”9

In an animal study, rats fed tart cherry powder along with a high-fat diet gained less weight and built up less body fat than rats not fed tart cherries. They also had lower levels of inflammation and triglycerides, suggested a potential role in heart health.10

Athletes who consumed tart cherry juice prior to long-distance running experienced less pain than those who did not. It’s thought that the antioxidant and anti-inflammatory properties of tart cherries may have a protective effect to reduce muscle damage and pain during strenuous exercise.11

4 Comments to “What Are Cherries Good For?”

My name is Jeff. I was born and bred in Brooklyn, New York. Since 1991, I have lived in South Florida and have eaten in so many restaurants down here, that I now consider myself to be a food expert. END_OF_DOCUMENT_TOKEN_TO_BE_REPLACED