LITTLE ANTHONY & THE MUSIC – AN ANTHOLOGY

* LITTLE ANTHONY & THE MUSIC – AN ANTHOLOGY.

The 2-set CDs that I produced, “Little Anthony and The Music” have arrived and will be going out tomorrow for those who have pre ordered. They came out beautifully and sound great. This is the musical story of Little Anthony’s life narrated by Anthony. 40 selections. An entire afternoon of entertainment with some new cuts and the Single New York State of Mind has been placed in Nomination by The Grammy Committee. It is on the Ballot for New Pop Single.

Fans of Little Anthony need to own this double Album! 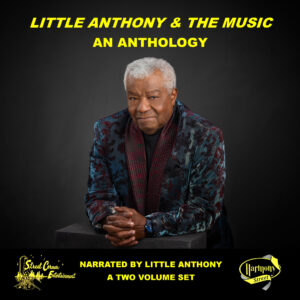 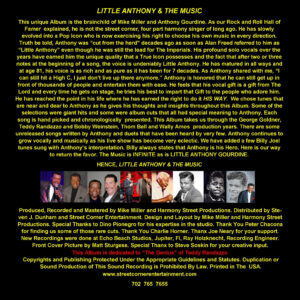 26 Comments to “LITTLE ANTHONY & THE MUSIC – AN ANTHOLOGY”

My name is Jeff. I was born and bred in Brooklyn, New York. Since 1991, I have lived in South Florida and have eaten in so many restaurants down here, that I now consider myself to be a food expert. END_OF_DOCUMENT_TOKEN_TO_BE_REPLACED