Jeff Eats has seen the band- you’ll swear that Fleetwood Mac is on the stage! 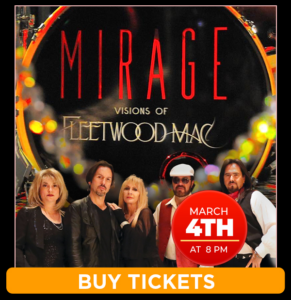 Based in Los Angeles, “Mirage” has earned the top honors among tribute artists – endorsed by AXSTV as one of “The World’s Greatest Tribute Bands” and heartily praised by the ‘real’ Stevie Nicks after she heard a performance. “Mirage” recreates the classic lineup with a strong stage show and every detail to authenticity. From the custom wardrobeto the spot on musical and vocal performances, “Mirage” takes you on a Journey celebrating the hits of Fleetwood Mac in its prime.

Watch a sneak peek below!

My name is Jeff. I was born and bred in Brooklyn, New York. Since 1991, I have lived in South Florida and have eaten in so many restaurants down here, that I now consider myself to be a food expert. END_OF_DOCUMENT_TOKEN_TO_BE_REPLACED