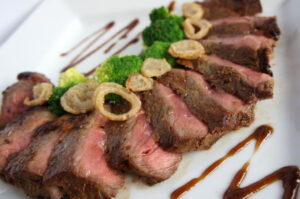 Second Dish Of The Week shout-out for China Steak House 3!

With Christmas Eve and Christmas Day fast-approaching “this” recommendation may come in handy for some of you guys!

Trust Jeff Eats on this one, China Steak House 3 is right-up there with Florida’s best Brooklyn Jewish American Chinese Restaurants Circa 1957!

Definitely one of the best Brooklyn Jewish American Chinese Restaurants Circa 1957 in Florida- if the joint wasn’t so far from Jeff Eats and Mrs. Jeff Eats’ Boca Raton abode- we would be real-steady customers!

My name is Jeff. I was born and bred in Brooklyn, New York. Since 1991, I have lived in South Florida and have eaten in so many restaurants down here, that I now consider myself to be a food expert. END_OF_DOCUMENT_TOKEN_TO_BE_REPLACED