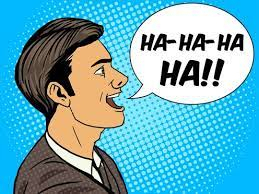 An 79 year old man in Miami calls up his son in New York and says, “Listen, your mother and I are getting divorced. Forty-seven years of misery is enough.”
“Dad, what are you talking about?” the son screams.
“We can’t stand the sight of each other any longer,” he says. “I’m sick of her face, and I’m sick of talking about this, so call your sister in Chicago and tell her,” and he hangs up.
Now, the son is worried. So he calls up his sister. She says, “Like hell they’re getting divorced!” and calls her father immediately. “You’re not getting divorced! Don’t do another thing, the two of us are flying home tomorrow to talk about this. Until then, don’t call a lawyer, don’t file a paper, DO YOU HEAR ME?” and she hangs up.
The old man turns to his wife and says “Okay, they’re coming for Christmas and paying their own airfares.”

My name is Jeff. I was born and bred in Brooklyn, New York. Since 1991, I have lived in South Florida and have eaten in so many restaurants down here, that I now consider myself to be a food expert. END_OF_DOCUMENT_TOKEN_TO_BE_REPLACED