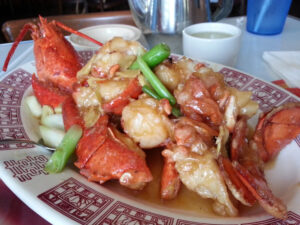 Jeff Eats got a $25 Silver Palace Chinese Restaurant Gift Card to give to one of you guys!

Just between us, I hadn’t been back since that “story” appeared.

For our purposes, we’re gonna call Silver Palace Chinese Restaurant an “out of sight, out of mind” situation…trust me, it’s a schlep and a half from Boca Raton!

With “Season” fast approaching, the next time one of your ” visiting out of state friends” asks- “You got any good Chinese restaurants down here?- with your head held high, clothed in your tee shirt/shorts/sneakers’ ensemble- you can tell them all about/or take them to -Silver Palace Chinese Restaurant!

Got a terrific-Chinese joint for you…Silver Palace Chinese Restaurant in Miami.

For what it’s worth, Jeff Eats can’t begin to tell you–how many times in any given month–somebody comes up to me and says–and I paraphrase “Can’t find decent Chinese food down here.” By the way–I counted 3x in March 2014–but who’s counting?

Between Jeff Eats and you–there are actually a load of good Chinese restaurants/take outs down here in Sunny South Florida…just like there are a ton of really good pizza joints down here–but that’s a story for another day!

If you guys check, Jeff Eats’ “Chinese” there are a number of rave Chinese reviews.

Before I get going on Silver Palace Chinese Restaurant–I’m thinking that in NYC, Chicago, Boston, Cleveland (you can pick your favorite non-South Florida City) there are plenty of lousy/horrendous Chinese restaurants. If memory serves me correctly, when the-Eats Family lived in Manhattan from 1979-1991 there was a Chinese restaurant right across the street from our apartment building at the intersection of East 63rd Street and 2nd Avenue that served up some of the most disgusting stuff imaginable—as a matter of fact, there was also a Chinese joint one block away on 2nd Avenue and East 62nd Street that was a close second to the “guy” on 63rd Street. Get the point! If not, this “food reviewing”-deal is a strictly subjective enterprise.

Back to Silver Palace…

Recently ate at Silver Palace and thought that the food was dynamite. Just so you know, the joint has 2-menus. One for us “Brooklyn” folks looking for Jewish-Brooklyn- American Chinese food circa 1957–and another for you folks into “real authentic” (whatever that means? probably garlic squid-but not sure) Chinese food.

A few months ago, a friend (not gonna mention names) raved about NYC’s– Shun Lee Palace’s food claiming that the Chinese food in South Florida was- and I quote “dog food” …to make a long story short, this same guy and his wife were with Jeff Eats and Mrs. Jeff Eats when we ate at Silver Palace–and during dinner told me, and I quote-“This food is better than Shun Lee’s, at half-the-price.” Like I said, before, this food reviewing business–is purely a subjective game.

I’ll leave it up to you guys to decide for yourselves—all I know is that Silver Palace’s food was “imho” TERRIFIC!

My name is Jeff. I was born and bred in Brooklyn, New York. Since 1991, I have lived in South Florida and have eaten in so many restaurants down here, that I now consider myself to be a food expert. END_OF_DOCUMENT_TOKEN_TO_BE_REPLACED