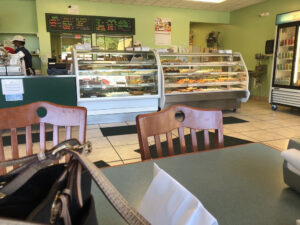 Got an absolutely terrific donut joint for you guys to checkout- The Donut Shoppe in Jacksonville. 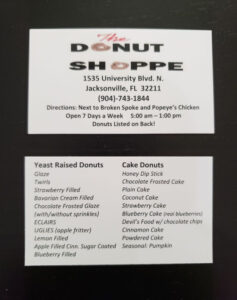 Real simple tale to tell- yesterday morning, Jeff Eats and Mrs. Jeff Eats “re-discovered” The Donut Shoppe which we last visited in late December, 2017. For you “historians” out there- the joint has been in business for something-like 59 years and I gotta tell you that its cake and yeast raised donuts absolutely kill! Order/pickup at counter, handful of tables and coffee to wash the donuts down with. Open 7 days a week, 5am-1pm.

Trust Jeff Eats on this- it doesn’t take a NYC cop to know that The Donut Shoppe’s donuts are off the chart delicious! 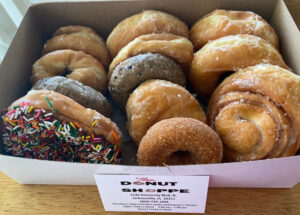 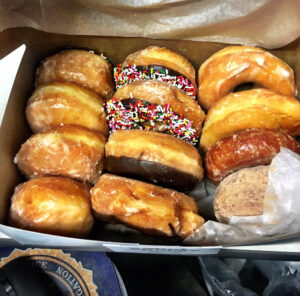 If you’re into donuts- and live in, work in or just visiting Jacksonville – The Donut Shoppe is an absolute must try! 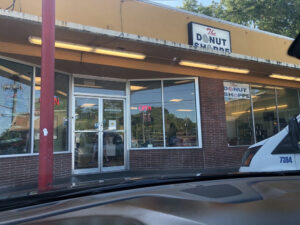 Cash Only! Off the chart delicious donuts!

My name is Jeff. I was born and bred in Brooklyn, New York. Since 1991, I have lived in South Florida and have eaten in so many restaurants down here, that I now consider myself to be a food expert. END_OF_DOCUMENT_TOKEN_TO_BE_REPLACED