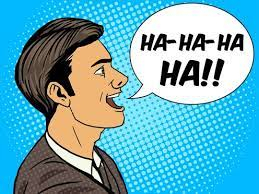 Jim had made over a hundred million dollars in real estate, in his native Florida. He had a lot of friends who were wealthy, but still had the ones he’d grown up with, including redneck Bubba.

He hosted a lavish party at his estate, to celebrate his 39th birthday, and made sure Bubba was invited.

The party was outside, on the huge back lawn, with great food, and a large bar. After dinner was over, Jim announced that he’d had a 12 foot alligator trapped, and had just had it released into the pool. Anybody was welcome to try wrestling it, and if they won, would get a million dollars as the prize.

Splash! Bubba was in the pool, and he began grappling with the beast. Because of it’s size, it was a fearsome opponent. Under the water, around and around, splashing and thrashing; the fight seemed interminable. Finally Bubba, having a good grip holding the gator’s mouth closed, he took his belt off, and used it to bind that deadly maw. Climbing out of the water, he dragged it behind him, and stood there; dripping, and breathing heavily.

”Damn, Bubba, that was awesome!” Jim exclaimed. “Do you want cash, or a check?”

”What about my Rolls, or a new truck, then?” Jim asked. “I’ve GOT to give you something for taking that critter on.”

Bubba looked around, and said “All I want is the name of the sumbitch that pushed me into the pool.”

My name is Jeff. I was born and bred in Brooklyn, New York. Since 1991, I have lived in South Florida and have eaten in so many restaurants down here, that I now consider myself to be a food expert. END_OF_DOCUMENT_TOKEN_TO_BE_REPLACED