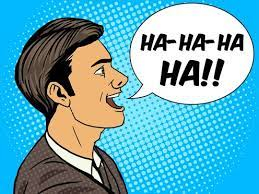 An Air Canada flight was en route from Toronto to London. Halfway there, the plane suffererd catastrophic failure in all engines and had to ditch in the ocean. An announcement! Ladies and Gentlemen! The pilot has landed us safely in the water! Please don you life vests and proceed out to the wings of the plane. Everyone who can swim, proceed to the right wing, and all that can’t swim, go to the left wing. We expect rescue boats to arrive shortly!

Several hours passed with no response to crew’s repeated distress calls. Meanwhile the plane was slowing sinking. When the water had reached chest high on the passengers standing on the wings, the pilot got on the bullhorn and made an announcement.

Ladies and gentlemen! It does not appear that rescuers will reach us before the plane sinks. Therefore at this time, I’d like to ask the passengers standing on the right wing to start swimming!

To the passengers standing on the left wing. Thank you for flying Air Canada.

My name is Jeff. I was born and bred in Brooklyn, New York. Since 1991, I have lived in South Florida and have eaten in so many restaurants down here, that I now consider myself to be a food expert. END_OF_DOCUMENT_TOKEN_TO_BE_REPLACED