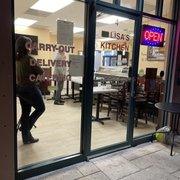 Got a real good Chinese/Thai joint for you guys to check out- Lisa’s Kitchen in Boca Raton.

Real simple tale to tell…last night Jeff Eats and Mrs. Jeff “discovered” Lisa’s Kitchen and I gotta tell you that the wonton soup/ egg rolls/ bar-b-q spare ribs/ pepper steak/ General Tao’s chicken/ shrimp with black bean sauce/ roast pork fried rice that we took-out were all right on the money! Just so you know, Lisa’s Kitchen is basically a take-out but if you insist on eating there- it has a handful of tables that will work for you!

As I mentioned above, Lisa’s Kitchen has both Chinese and Thai stuff…. 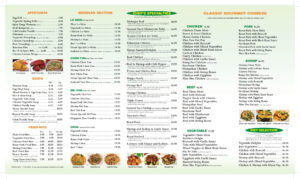 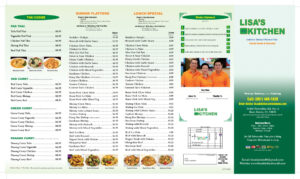 Let me wrap Lisa’s Kitchen-up by saying, that the joint was immaculate, the staff was as pleasant as could be, its food was delicious and its nice sized portions were neighborhood Chinese take-out priced! Just between you guys and Jeff Eats, I kinda think that I know my Brooklyn Jewish American Chinese Food- and I’m telling you, Lisa’s Kitchen is “cooking” with top-notch fresh ingredients!

Jeff Eats and Mrs. Jeff Eats are definitely going to be real steady-customers!

My name is Jeff. I was born and bred in Brooklyn, New York. Since 1991, I have lived in South Florida and have eaten in so many restaurants down here, that I now consider myself to be a food expert. END_OF_DOCUMENT_TOKEN_TO_BE_REPLACED