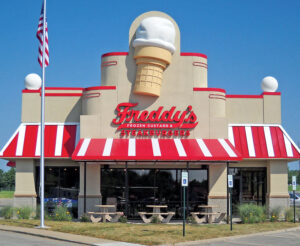 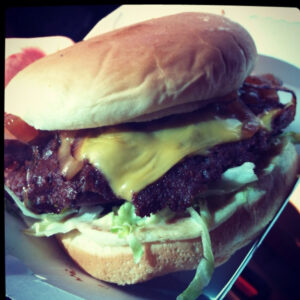 This story first appeared on July 2, 2013. Just a quick update…down below the “status” of Freddy’s Frozen Custard & Steakburgers’ Florida “build-out.” Trust Jeff Eats when I tell you- that if you like fast food burgers/fries/custard- then you gotta try Freddy”s stuff! Absolutely delicious! Mark my words, this fast food burger chain which currently has 150 joints- is destined to become an absolute giant in the next few years!

* Which One Would It Be?

If you “had” to eat in–just one…Which One Would It Be?

By the way, here’s a tip for you guys…Freddy’s Frozen Custard & Steakburgers (fast food chain with locations primarily in the western states) is planning a major “push” into Florida starting in late 2013. For right now, Freddy’s has no Florida locations.

Trust Jeff Eats on this one, Freddy’s food is dynamite—better than all of the guys listed above, though I will tell you, that it’s a real close call with Sonic. Just for the record, Jeff Eats “thinks” that Sonic is heads-and-shoulders above McDonald’s, Wendy’s, Burger King and Checkers…but please! don’t let my pick-color your picks. For what it’s worth, Jeff Eats thinks of Sonic as being the “child” that Burger King and Dairy Queen always wanted.

Check Freddy’s out at www.freddysusa.com.

Anyway…until Freddy’s arrives-to save the day (“line” courtesy of Mighty Mouse)-pick one from the list. If you got nothing better to do, feel free to elaborate on your pick.

My name is Jeff. I was born and bred in Brooklyn, New York. Since 1991, I have lived in South Florida and have eaten in so many restaurants down here, that I now consider myself to be a food expert. END_OF_DOCUMENT_TOKEN_TO_BE_REPLACED