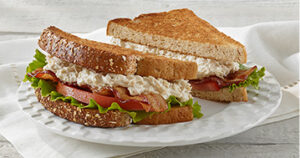 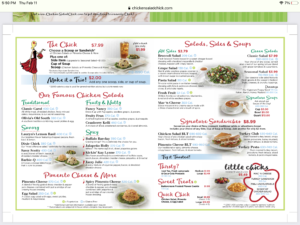 Jeff Eats got a $25 Chicken Salad Chick Gift Card to give to one of you guys!

Trust Jeff Eats- when I tell you, that if you like chicken salad, you’re absolutely gonna love Chicken Salad Chick. This joint features 13 different chicken salads- and guaranteed you’ll find at least one that absolutely kills! I recently “tried” all 13 in one of Chicken Salad Chick’s Orlando locations and I gotta tell you guys that it was a toss-up for me between Dixie Chick and Classic Carol with Dixie Chick winning by a feather!

The $25 Gift Card is good at any Chicken Salad location in the United States- (there are currently 21 Florida units). 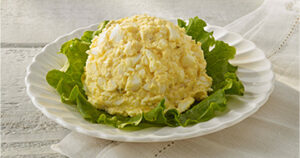 For right now, Chicken Salad Chick has 15 locations. There are 12 locations in Alabama-Georgia-South Carolina. There are 3- Florida stores-Destin, Panama Beach, Tallahassee.

Just so you know, Jeff Eats has yet to try Chicken Salad Chick. The chain was recently brought to my attention by my good friend Mike- who raved about the concept/food after eating in the Destin outpost.

At this stage of the game you guys can check www.chickensaladchick.com for menu/other info.

One of Jeff Eats favorite food “items” is chicken salad. I love good chicken salad. As a matter of fact, I enjoy chicken salad so much-that every now and then- I’ll actually buy the pre-packaged chicken salad that Publix sells in its deli-department…which by no stretch of the imagination- could ever be considered anything but-fair at best.

Just in case we find ourselves one day on that tv-show The Newlywed Game…I love chicken salad topped with chopped onions and bacon- on a toasted everything bagel.

You now know about Chicken Salad Chick a player in the chicken salad business.

My name is Jeff. I was born and bred in Brooklyn, New York. Since 1991, I have lived in South Florida and have eaten in so many restaurants down here, that I now consider myself to be a food expert. END_OF_DOCUMENT_TOKEN_TO_BE_REPLACED