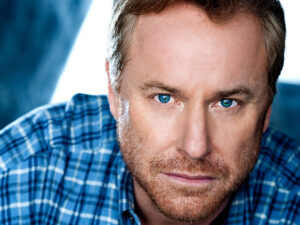 All I can tell you guys- in my day, I’ve seen tons and I do mean tons of comedians and the “light blue” Jimmy Shubert is one of my all time favorites.

Trust Jeff Eats on this one- you don’t want to miss Jimmy Shubert!

Jimmy Shubert has built an impressive resume as an actor, both in film and on television. He can currently be seen in a movie entitled “American Nightmares” with Danny Trejo, Vivica Fox and, Jay Morh on Cinemax. He also just wrapped filming scenes in a new movie entitled “Puppy Love” with Hopper Penn, Michael Madsen and, Rosanne Arquette heading for a major theatrical release. As a comedian, he is one of the busiest comedians working today. After becoming a finalist on NBC’s “Last Comic Standing” and, being seen on Comedy Central as the closing act on Dave Atell’s Comedy Underground. He also just wrapped post- production on his brand new hour special entitled “Zero Tolerance” – soon to be seen on a premium cable network.

From headlining A list comedy clubs, casinos, theaters across the country. Shubert’s New-hour special ‘Zero Tolerance” is a theatrical presentation of Shubert’s stand-up persona of a blue collar working man’s man. He combines the outlook of a modern-day Archie Bunker with an utterly real world sensibility to create signature pieces of comedy, on Therapy cats, Smart Phones, Male grooming and, the dumbing down of America. Shubert loves playing the part of a pop culture Iconoclast.

My name is Jeff. I was born and bred in Brooklyn, New York. Since 1991, I have lived in South Florida and have eaten in so many restaurants down here, that I now consider myself to be a food expert. END_OF_DOCUMENT_TOKEN_TO_BE_REPLACED