As the late Arte Johnson use to say-”Very Interesting”… 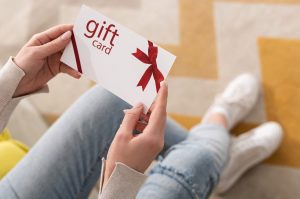 Millions of Americans pay billions of dollars for nothing.

They subsidize some of the biggest companies in America by buying gift cards that are never cashed in, and getting store credits that go unused. Others wait so long that an inactivity charge reduces card value.

The outstanding collective gift card/store credit balance is $20 billion, according to a new survey by Bankrate.com. That’s about $167 for every adult American.

“I have to admit these amounts are amazing. People are just getting these cards and then forgetting about them,” said Bankrate card industry analyst Ted Rossman, adding that some corporations have “billions of dollars in unused value.”

“According to the 2009 Card Act,” the study said, “an issuer can charge a monthly inactivity fee pulled from your card’s balance on gift cards that have gone unused for a year or more. You do, though, have five years from activation until your gift card can legally expire.”

There are ways to stop subsidizing big companies besides just using your credit. Rossman said sites such as Cardpool.com will buy the unused value on cards for about 60 cents on the dollar.

My name is Jeff. I was born and bred in Brooklyn, New York. Since 1991, I have lived in South Florida and have eaten in so many restaurants down here, that I now consider myself to be a food expert. END_OF_DOCUMENT_TOKEN_TO_BE_REPLACED