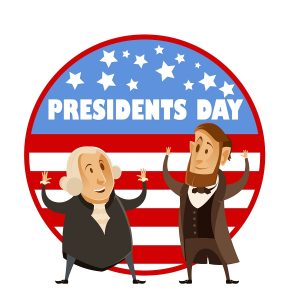 Just in case you’re planning on being on- Jeopardy…

Presidents Day is a federal holiday celebrated on the third Monday in February; Presidents Day 2020 occurs on Monday, February 17. Originally established in 1885 in recognition of President George Washington, the holiday became popularly known as Presidents Day after it was moved as part of 1971’s Uniform Monday Holiday Act, an attempt to create more three-day weekends for the nation’s workers. While several states still have individual holidays honoring the birthdays of Washington, Abraham Lincoln and other figures, Presidents Day is now popularly viewed as a day to celebrate all U.S. presidents, past and present.

My name is Jeff. I was born and bred in Brooklyn, New York. Since 1991, I have lived in South Florida and have eaten in so many restaurants down here, that I now consider myself to be a food expert. END_OF_DOCUMENT_TOKEN_TO_BE_REPLACED