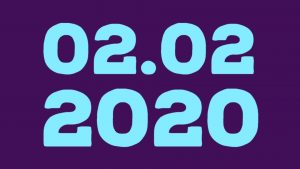 Sunday is shaping up to be a unique day for reasons other than the Super Bowl and Groundhog Day: It’s also a rare palindrome.

While various forms of palindrome dates are fairly common, 02/02/2020 has the unique distinction of reading the same backward and forward when written out in eight digits in multiple date systems, according to University of Portland professor Aziz Inan.

“We are so lucky to have such a special palindrome date occurring in our lifetime because it’s so rare,” Inan told USA TODAY Saturday.

But even more rare, according to Inan, is that Sunday’s date is an international palindrome: It works whether you write the date as “Month/Day/Year” or “Day/Month/Year,” as many countries do.

Inan calls such dates “ubiquitous palindromes,” and there won’t be another one for 101 years. After that, you’ll have to wait until March 3, 3030.

For years, Inan has been crunching numbers using a basic calculator and a pad of paper to find unique patterns in dates.

“I advocate for these things because they’re so valuable for STEM education,” he said.

It’s an accessible kind of puzzle that he has used to engage students and get people talking about math.

My name is Jeff. I was born and bred in Brooklyn, New York. Since 1991, I have lived in South Florida and have eaten in so many restaurants down here, that I now consider myself to be a food expert. END_OF_DOCUMENT_TOKEN_TO_BE_REPLACED