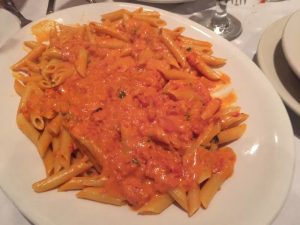 I know that many of you guys are dying to know- what Jeff Eats and Mrs. Jeff Eats are “doing” for Valentine’s Day- February 14th, 2019!

If you guys are looking for delicious Southern Italian food, great service, huge portions, reasonable prices- you gotta checkout Matteo’s which has a joint in Boca Raton and a joint in Hallandale!

Straight up, Matteo’s is handily one of Jeff Eats and Mrs. Jeff Eats’ favorite Florida- Italian restaurants. No bs- we’ve been eating at Matteo’s for years- and every meal- has been right on the money!

Printed down below are previous Jeff Eats’ Matteo’s stories…

Trust Jeff Eats when I tell you that Matteo’s broiled pork chop “covered” with grilled onions/mushrooms/cherry peppers is absolutely off the chart. The chop is HUGE and every time I’ve had it, it was a challenge to finish the whole thing. I’m telling you, this chop is something very-very special.

Just so we are straight with each other, Matteo’s is one of the best Italian joints in South Florida. Jeff Eats has literally eaten there countless- times and the food and service are always top-shelf.

Matteo’s is an absolute must try!

My name is Jeff. I was born and bred in Brooklyn, New York. Since 1991, I have lived in South Florida and have eaten in so many restaurants down here, that I now consider myself to be a food expert. END_OF_DOCUMENT_TOKEN_TO_BE_REPLACED