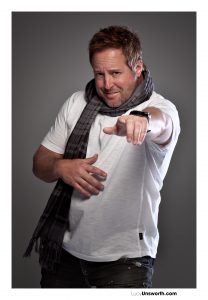 Trust Jeff Eats on this one- , Gary Valentine is one of the funniest “clean” comedians currently working America’s comedy club circuit! 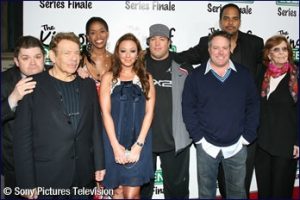 Gary Valentine “GV” best known for his nine seasons on the hit CBS sitcom, “The King of Queens”, and in real life- Kevin James’ brother. Some of Gary’s other credits include the Sony feature film “Mall Cops”, Adam Sandler’s blockbuster hit “I Now Pronounce You Chuck and Larry”, the Farrelly Brothers’ “Stuck On You”, “Jack and Jill” and as Jerry Seinfeld’s comedian.

After appearing at the Montreal Comedy Festival and co-hosting “Friday Night” on NBC, he moved from New York to Los Angeles. He then appeared on such shows as The Tonight show, Conan O’Brien, The Late Show with Craig Kilborn, and starring in his own half hour special “Comedy Central Presents”. GV also co-hosted “The X Show” on FX and is now a regular on Chelsea Lately on E! GV isn’t limited to just the small screen.

Some say he’s best live, so don’t miss this opportunity to catch him LIVE at THE BOCA BLACK BOX!

My name is Jeff. I was born and bred in Brooklyn, New York. Since 1991, I have lived in South Florida and have eaten in so many restaurants down here, that I now consider myself to be a food expert. END_OF_DOCUMENT_TOKEN_TO_BE_REPLACED