Vic DiBetetto is one of the hottest comedians currently working America’s casino/theater circuit. I am telling you, that the 5 shows listed below – are gonna be SRO, so if you wanna see Vic DiBetetto- don’t screw around and get your tickets NOW! 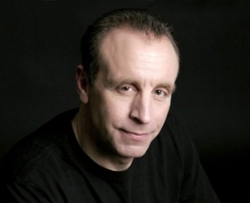 Trust Jeff Eats when I tell you- that the “light blue” National Touring Headlining Comedian- DiBetetto will have you pissing your pants all night long from laughter!

from bocablackbox.com
Vic DiBitetto churns energy, honesty and humanity into nonstop laughter. His pace is frenetic. His material vivid and true. From his first words, to his famous, word-free, mannequin head encore, DiBitetto leaves his audience breathless with laughter.
He is also featured in Kevin James’ movie Mall Cop: Blart 2, featured in a video roll-in segment in the play Italian Bred currently in LA, starring in an untitled prime time Hulu Original scripted sit-com, and a featured performer on the online Funny For Money site (Comedy Central and YouTube venture).

My name is Jeff. I was born and bred in Brooklyn, New York. Since 1991, I have lived in South Florida and have eaten in so many restaurants down here, that I now consider myself to be a food expert. END_OF_DOCUMENT_TOKEN_TO_BE_REPLACED