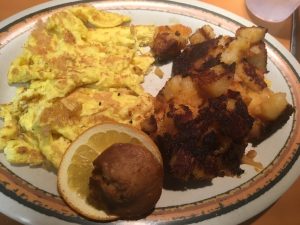 Jeff Eats got a $20 Bagel Twins Gift Card to give to one of you guys! 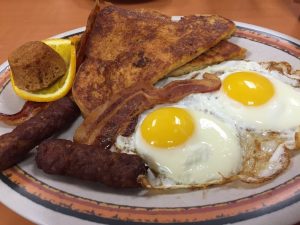 A few years ago, when Bagel Twins was getting ready to open in a shopping center directly across the street from Poppie’s Restaurant & Delicatessen (see review-7/11/08) literally a Delray landmark… I remember commenting to a group of people that, Bagel Twins a bagel-deli joint would have no chance against Poppie’s and would die a fast death…Well low and behold, it’s now years later and Bagel Twins not only survived, but is one of the most popular bagel-deli joints in the area.

Just so you know, Bagel Twins is located in a shopping center which is right next to Delray Medical Center (Delray Hospital)…I got a sneaking suspicion that many of the doctors/ nurses/ workers employed by the hospital/or have offices in the shopping center and their patients are “supporting” Bagel Twins. I never figured, that crossing a little street named Military Trail (that’s what separates Bagel Twins and Poppies) was such a big deal, but I guess that it was/is.

My name is Jeff. I was born and bred in Brooklyn, New York. Since 1991, I have lived in South Florida and have eaten in so many restaurants down here, that I now consider myself to be a food expert. END_OF_DOCUMENT_TOKEN_TO_BE_REPLACED