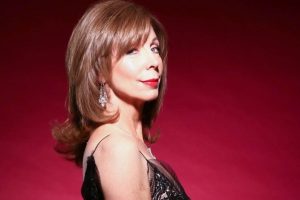 * An Evening with Rita Rudner.

If you want to see the legendary standup comedian- I would suggest that you buy your tickets now- because her three Boca Black Box shows are gonna be SRO affairs!

An Evening with Rita Rudner

An Evening with Rita Rudner

After appearing in several Broadway musicals, including “Follies” and “Mack and Mabel”, Rita Rudner began exploring the comedy clubs of Manhattan. Applying the same learning techniques she had acquired as a dancer to comedy, Rudner spent hours studying recordings by Jack Benny and Woody Allen and analyzing comedy construction.

Some of her credits include, “Rita Rudner’s One Night Stand”, her first solo HBO special, “Born to Be Mild” and “Married Without Children”. She performed all over the country, filling Carnegie Hall in NY three times and the Universal Amphitheatre in L.A. twice. She’s also performed sell-out tours internationally in Australia and England.

Rita is now officially the longest-running solo comedy show in the history of Las Vegas.

My name is Jeff. I was born and bred in Brooklyn, New York. Since 1991, I have lived in South Florida and have eaten in so many restaurants down here, that I now consider myself to be a food expert. END_OF_DOCUMENT_TOKEN_TO_BE_REPLACED