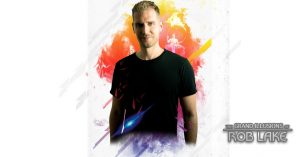 * The Magic of Ron Lake.

The Magic of Ron Lake

One of the world’s most celebrated illusionists, Rob Lake’s mind-blowing illusions have dazzled and entertained millions across the globe. His astonishing original illusions are uniquely presented as awe-inspiring storytelling on the grandest scale. In 2008, Rob became the youngest magician in history to receive the holy grail of the magic world — the Merlin Award – as ‘International Stage Magician of the Year,’ an industry equivalent of an Oscar. Named “The Top Illusionist in the World,” by Caesar’s Entertainment, this internationally renowned artist is not to be missed, in this mesmerizing and award-winning illusion spectacular.

My name is Jeff. I was born and bred in Brooklyn, New York. Since 1991, I have lived in South Florida and have eaten in so many restaurants down here, that I now consider myself to be a food expert. END_OF_DOCUMENT_TOKEN_TO_BE_REPLACED