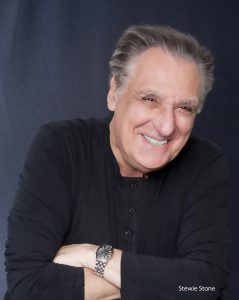 No bs- Jeff Eats and Mrs.Jeff Eats have been Stone fans since 1973- and to this very day- the guy still cracks us up!

from bocablackbox.com
Stewie Stone is living proof you can’t take the kid out of Brooklyn. Even his name “Stewie” comes direct from Flatbush. His fame and fortune turning point came when Stewie opened for Frankie Valli & The Four Seasons in a Fort Lauderdale nightclub. He then spent four years touring with the group and managed to play virtually every major nightclub in the States. He hit the jackpot when he arrived in Las Vegas. He’s opened for Paul Anka, Dionne Warwick, Ben Vereen, Bobby Vinton, Cher, Engelbert Humperdinck, just to name a few. He earned himself the reputation of being one of the best co-bills in the business. After over thirty years of friendship, Stewie still goes on tour with Frankie Valli. For the past 10 years, he has been the Vice-President of the famous Friars Club in NYC, and is their main MC and Roast Master.

My name is Jeff. I was born and bred in Brooklyn, New York. Since 1991, I have lived in South Florida and have eaten in so many restaurants down here, that I now consider myself to be a food expert. END_OF_DOCUMENT_TOKEN_TO_BE_REPLACED