Got a real good fast food bbq-joint for you guys to checkout- Ellie Lou’s Brews & BBQ in Ocoee.

Jeff Eats and Mrs. Jeff Eats recently found this joint for lunch and I gotta tell you, real good bbq!

Simple concept working here- all kinds of reasonably priced bbq stuff, a bunch of beers, order at counter/food-delivered to tables. 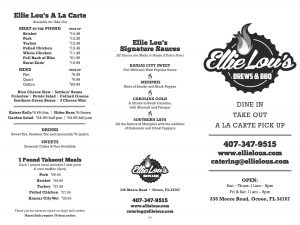 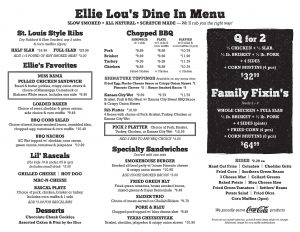 Looky here! You guys and Jeff Eats both know that there are all types of bbq- playing the old “what I like, you may hate” game- I gotta tell you, Jeff Eats and Mrs. Jeff Eats really enjoyed Ellie Lou’s Brews & BBQ’s food/ decor/ service!

Like I said 4 seconds ago, Jeff Eats and Mrs. Jeff Eats did a recent lunch… 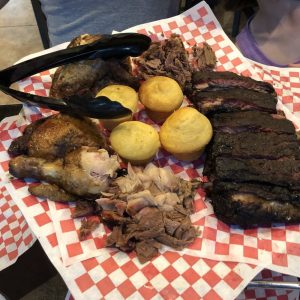 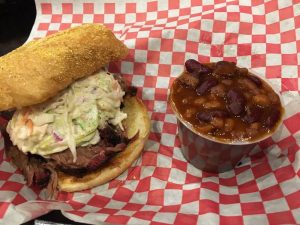 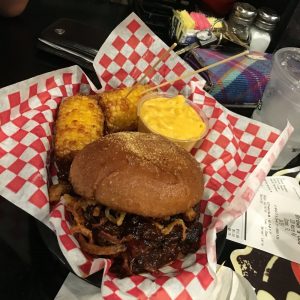 and the food absolutely killed! Now, since we’re talking bbq here- I’m sure (actually I’d bet on it) some of you bbq aficionados will love the food and some of you won’t be fans- so, the next time you’re in Ocoee (let’s call it Orlando) you can try Ellie Lou’s Brews & BBQ and decide for yourselves!

My name is Jeff. I was born and bred in Brooklyn, New York. Since 1991, I have lived in South Florida and have eaten in so many restaurants down here, that I now consider myself to be a food expert. END_OF_DOCUMENT_TOKEN_TO_BE_REPLACED