This article first appeared on 6/12/18= just checked The Kelsey Theater box-office (thekelseytheater.com) and there are a handful of real good tickets left for tonight’s (Thursday, 6/21/18) Blues Beatles’ show. Just between you guys and Jeff Eats, the more times I played the Blues Beatles’ YouTube videos, the more convinced I became that these guys are really a very special act. Jeff Eats and Mrs. Jeff Eats will be there… 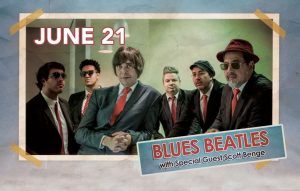 Just heard about this show…

Just heard about the Blues Beatles, same for Scott Benge- checked out their respective websites (bluesbeatles.com.br facebook.com/scott.benge.7), watched some of their YouTube videos and both acts blew me away!

The bet here- if you’re into The Beatles- the Blues Beatles with special guest Scott Benge is gonna be an absolutely off the chart dynamite- show!

You can catch tickets at thekelseytheater.com 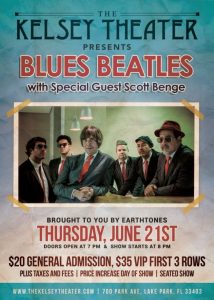 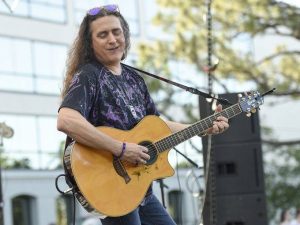 from bluesbeatles.com.br
About
Blues Beatles started during the breaks of the rehearsals of Today – an original band that Marcos Viana, Flavio Naves, Fred Barley, Bruno Falcão and Lancaster Ferreira started in 2010. Marcos, the singer, would invariably pick up his acoustic guitar and start playing Beatles songs. The other members of the band were amazed at how natural the songs sounded, as if he had written them himself. Being blues players the rest of the band started adding their blues twist to these “break songs”. One day Lancaster said: “Why don’t we mix these two things we love to play? We could call this Blues Beatles!” Everyone loved the idea and together they started the Blues Beatles in 2013.
The first version of the Beatles songs that caught people’s attention was Ticket To Ride. The video has now more than twelve million views on Facebook. The band has worked and reworked many different songs since it was formed, but only the ones that sound natural to their ears stay in the repertoire. The arrangements combine blues and soul grooves that suit the vocals of the songs while adding a different feel to them. Instrumental solos and improvisation, typical elements of the blues, are an integral part of the Blues Beatles style. Their fiery live performances showcase their individual and collective skills as soloists.
Be on the LOOKOUT for Blues Beatles coming to a town near you in Fall of 2017/Spring of 2018.

My name is Jeff. I was born and bred in Brooklyn, New York. Since 1991, I have lived in South Florida and have eaten in so many restaurants down here, that I now consider myself to be a food expert. END_OF_DOCUMENT_TOKEN_TO_BE_REPLACED