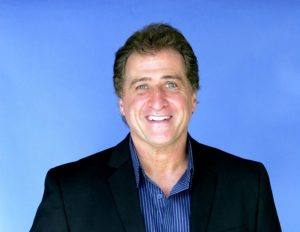 Over the years, Jeff Eats and Mrs. Jeff Eats must have seen Guerra’s stand-up something like 10 times and I’m telling you the guy is real-funny!

Trust Jeff Eats on this one, the clean working Guerra (who by the way lives in Miami) will have you laughing all night long!

Carl Guerra started his comedy career right after graduating from college on the New York comedy club circuit in the early 1980s. He honed his craft at such clubs as Dangerfields, The Comic Strip, and The Improvisation. He’s also appeared on Evening At The Improv, Star Search, and numerous regional TV shows. Carl performs his PG rated act in comedy clubs, on cruise ships, corporate events, and at golf and yacht clubs nationwide. He’s also been the opening act in concert for such artists as Julio Iglesias, Paul Anka, and Joan Rivers.

My name is Jeff. I was born and bred in Brooklyn, New York. Since 1991, I have lived in South Florida and have eaten in so many restaurants down here, that I now consider myself to be a food expert. END_OF_DOCUMENT_TOKEN_TO_BE_REPLACED