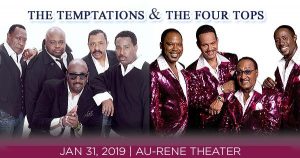 * The Temptations & The Four Tops.

Let’s call this one- “Going to the well once too often.”

Take Jeff Eats’ word on this, the current lineups can’t hold a candle to the original group’s members and neither one of the current groups comes even close vocally to sounding like the phenomenal hit records that The Temptations and The Four Tops recorded in the 60’s & 70’s.

Like I said a few seconds ago, Let’s call this one- “Going to the well once too often.”

Now, if you must…

My name is Jeff. I was born and bred in Brooklyn, New York. Since 1991, I have lived in South Florida and have eaten in so many restaurants down here, that I now consider myself to be a food expert. END_OF_DOCUMENT_TOKEN_TO_BE_REPLACED