The guy is very funny, but beyond filthy… 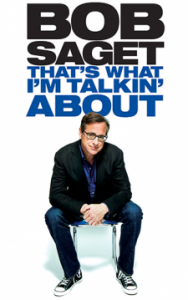 Join us for a night of comedy with Grammy®-nominated comedian, actor and writer Bob Saget. Saget has starred in many successful television shows, including family-friendly Full House and America’s Funniest Home Videos, but in his comedy act, Saget embraces his dark side. Fresh off his new stand-up special, Zero to Sixty, Bob Saget proves he is a comedic legend through his depraved humor, words of wisdom and entertaining stories.

My name is Jeff. I was born and bred in Brooklyn, New York. Since 1991, I have lived in South Florida and have eaten in so many restaurants down here, that I now consider myself to be a food expert. END_OF_DOCUMENT_TOKEN_TO_BE_REPLACED