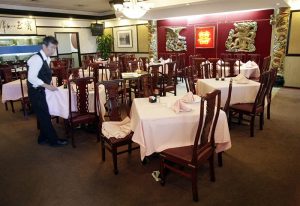 Jeff Eats got a $50 Silver Pond Gift Card to give to one of you guys! 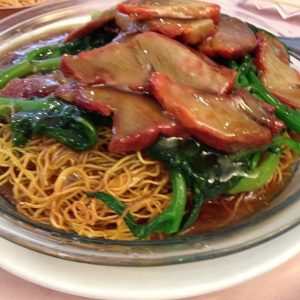 Back on December 13, 2006 Jeff Eats did a “story” on Silver Pond a Lauderdale Lakes Chinese joint…suffice it to say, I absolutely hated the food. Well! Almost 6-years have come and gone since that initial-review and during that time Jeff Eats-received numerous positive written and verbal comments about Silver Pond. Many who corresponded, insinuated that Jeff Eats was crazy and that Silver Pond was one of the best, if not THEE BEST Chinese restaurant in South Florida…I will tell you included in THEE BEST group was Brother Jeff Eats and Brother Jeff Eats’ wife, Sister-In-Law Jeff Eats. Now nothing for nothing, Jeff Eats is one tough-cookie…despite that “toughness” last night I finally gave-in and gave Silver Pond another try.

Would I go back? Absolutely! Can’t really give you an answer as to why my 2006 and 2012 “opinions” are so diametrically opposed. What I do know, is that when I ate there in 2006 the food stunk…I also know, that last night’s meal was very-very good. Go figure!

I think, actually I know that if you do a simple Silver Pond “search”—you will find numerous “comments”—that the joint has 2- menus, one in English and one in Chinese—that this is a “real” Hong Kong Style Chinese Restaurant—that this is an “authentic” Chinese restaurant not some Cantonese fast food joint—that the joint is always jammed with Chinese people eating there…for what it’s worth, Jeff Eats learned a long-long time ago that South Florida is loaded with balmalochas (for those who don’t know, balmalochas is the sarcastic yiddish term for “experts”)! For what it’s worth, most people (Jeff Eats included) don’t have a clue as to what good Hong Kong Chinese food is all about. Hell! I can’t even figure out how to use a pair of chopsticks. What I do know, is that my Brooklyn sensibilities tell-me, that I enjoyed almost every dish I had, the prices were “mom & pop” Chinese restaurant reasonable, there was a ton of food, the service was just fine, that I enjoyed eating with my family and that Brother Jeff Eats picked up the check!

In closing, Jeff Eats is really glad that he was “talked” into trying Silver Pond again. 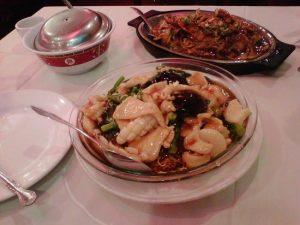 I want you to “Google” Silver Pond which is a Chinese Restaurant located in Lauderdale Lakes, Florida. After you find some sites, read a handful of the “many-many” favorable reviews that this joint has gotten over the years. Please pay especially “close” attention, to the reviews that rate this as one of the best Chinese restaurants in South Florida and on “par” with restaurants in New York City’s Chinatown, blah, blah, blah. Then I want you to go and try this joint and report back to me, as to how you rate the food. End of project. By the way, Silver Pond is open every day for lunch and dinner, except on Tuesday.

Just so you know, I think that Silver Pond is one of the crappiest Chinese joints that I have ever eaten in. As for the numerous Chinese patrons who frequent this restaurant, they obviously don’t know #@$^ about what good Chinese food is all about.

Waiting to read the ” final results” of your project.

My name is Jeff. I was born and bred in Brooklyn, New York. Since 1991, I have lived in South Florida and have eaten in so many restaurants down here, that I now consider myself to be a food expert. END_OF_DOCUMENT_TOKEN_TO_BE_REPLACED