Jeff Eats got 2 tickets to give to one of you guys to see Joey Dale Productions Presents- Motown In Motion on Sunday, April 8th, 2018 (8pm) at the Crest Theatre at Old School Square in Delray Beach. 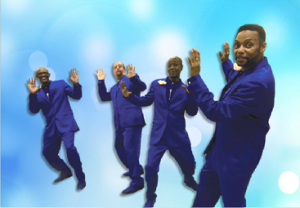 Trust me on this one, these guys aren’t just good, they are absolutely fabulous!

If you’re into The Tempations, The Four Tops, Smokey Robinson, Marvin Gaye, Sam Cooke- you gotta go see Motown In Motion in action!

from oldschoolsquare.org
MOTOWN IN MOTION, one of the most unique acts in South Florida, they will have you singing and dancing in your seats. Their excellent harmonies and dance steps are exactly as that of The Temptations and The Four Tops. This group is exciting from their very first song to their last. You will want to see them a second time

My name is Jeff. I was born and bred in Brooklyn, New York. Since 1991, I have lived in South Florida and have eaten in so many restaurants down here, that I now consider myself to be a food expert. END_OF_DOCUMENT_TOKEN_TO_BE_REPLACED