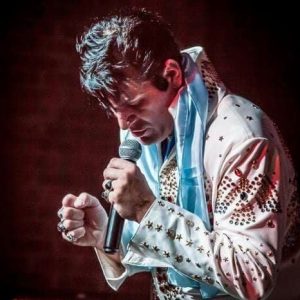 * THE JOHNNY ROGERS SHOW… THE HISTORY OF ROCK N’ ROLL – BUDDY AND BEYOND.

Got a real good show for you guys to checkout-THE JOHNNY ROGERS SHOW… THE HISTORY OF ROCK N’ ROLL – BUDDY AND BEYOND.

Jeff Eats and Mrs. Jeff Eats have seen the show and it’s 90 minutes of non-stop entertainment!

If the Boca Black Box date doesn’t work for you- check thejohnnyrogersshow.com for an up to date 2018 Florida tour schedule

The Johnny Rogers Show “The ifHistory of Rock n’ Roll” is the story of Buddy and Beyond. Johnny is perhaps the most versatile performer in America today. Performing in London, the Netherlands, Germany all over the United States including New York, Las Vegas, Branson and Chicago, Johnny will transport his audience back in time when you could go your favorite malt shops with your favorite girl and dance to your favorite bands. The Show is a tribute to the music of the legends of Rock n’ Roll.His show will start with Johnny’s uncanny portrayal of the late Buddy Holly and go on with a tribute to the legendary Roy Orbison, Jerry Lee Lewis, Ricky Nelson and Chuck Berry, and many more.
The show will climax with Johnny’s portrayal the late Elvis Presley. From Branson to Las Vegas, Rock ‘n’ Roll showman Johnny Rogers is in the business of bringing yesteryear’s music and history of Rock ‘n’ Roll to life. This show is a crowd-favorite and appeals to just about everyone.
Johnny is an outstanding musician, and can pull off guitar licks that would make Jimi Hendrix proud! That’s why we say with Johnny Rogers, you get “Buddy and Beyond!” “Buddy and Beyond: The History of Rock and Roll”; a live show with full band that covers the 50’s, 60’s and 70’s.
A proven crowd favorite that will have them begging for more.

My name is Jeff. I was born and bred in Brooklyn, New York. Since 1991, I have lived in South Florida and have eaten in so many restaurants down here, that I now consider myself to be a food expert. END_OF_DOCUMENT_TOKEN_TO_BE_REPLACED