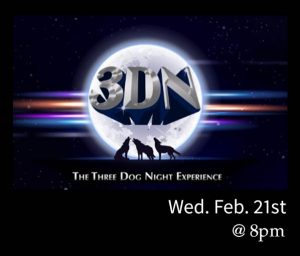 Roy Michaels, former lead singer with the hit recording group “The Brooklyn Bridge” has joined forces with Fort Lauderdale legend Steve Cruz and Las Vegas Veteran John LaValle a.k.a “The Incredible Johnny L”, to provide not just a tribute to the iconic band but rather engage the audience in truly experiencing “Three Dog Night” as never before.

My name is Jeff. I was born and bred in Brooklyn, New York. Since 1991, I have lived in South Florida and have eaten in so many restaurants down here, that I now consider myself to be a food expert. END_OF_DOCUMENT_TOKEN_TO_BE_REPLACED