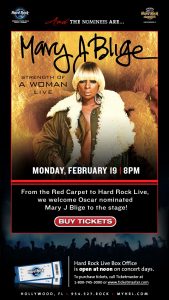 Short story for you guys…

By the way, Mary J Blige- Strength Of A Woman Tour Live will also be playing the Amalie Arena In Tampa on Wednesday- February, 21st around 7:30pm. If you are so inclined, tickets at ticketmaster.com.

My name is Jeff. I was born and bred in Brooklyn, New York. Since 1991, I have lived in South Florida and have eaten in so many restaurants down here, that I now consider myself to be a food expert. END_OF_DOCUMENT_TOKEN_TO_BE_REPLACED