This article first appeared on 11/18/17. Jeff Eats just checked the Boca Black Box- Box-Office bocablackbox.com and goldstar.com (discount tickets) and there are a handful of tickets left for Larry Johnson’s Tribute To Motown – Boca Black Box show scheduled for Friday, January 12th, 2018 (8pm). I am telling you guys, that if you’re into Motown-60’s- you absolutely positively don’t want to miss this show. Just for your files, a recent picture of Jeff Eats, Mrs. Jeff Eats, members of Larry Johnson’s Tribute To Motown (gold lame jackets) and South Florida’s legendary doo wop performer, Joey Dale on stage together at the Woodfield Country Club in Boca Raton.

So…if you wanna go, time to make your move in the ticket department! 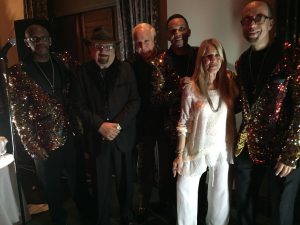 Jeff Eats and Mrs. Jeff Eats have seen Larry Johnson’s Tribute To Motown 3-times this year and I am telling you guys, that these guys are off the chart good!

Trust Jeff Eats on this one, the group features 3- lead singers- Larry Johnson, Michael White and Greg Woods who in addition to being terrific vocalists are amazing dancers! No bs- here, you will swear that David Ruffin, Smokey Robinson, Levi Stubbs, Dennis Edwards, Marvin Gaye, Stevie Wonder and Eddie Kendricks are on the Boca Black Box’s stage! 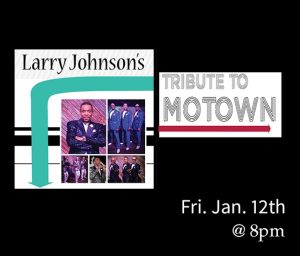 A true and phenomenally talented entertainer hailing from Detroit, international recording artist Larry Johnson boasts 33 years’ professional experience as one of the lead singers of the late Richard Street’s Temptations. His tribute to Motown brings together the excitement of great harmonic vocals, precision choreography and authentic dance steps used by such legendary groups as The Four Tops, The Spinners, Commodores and The Jackson Five. You’ll groove to such memorable hit songs such as “Papa Was a Rolling Stone,” “My Girl,” “Ain’t Too Proud to Beg,” “I Can’t Get Next to You” and countless more. Get ready for some outstanding showmanship when the Boca Black Box brings Johnson, along with Greg Woods, Michael White and the band, to take you on a journey through decades of history-making music.

My name is Jeff. I was born and bred in Brooklyn, New York. Since 1991, I have lived in South Florida and have eaten in so many restaurants down here, that I now consider myself to be a food expert. END_OF_DOCUMENT_TOKEN_TO_BE_REPLACED