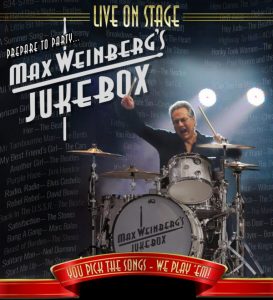 Got something really cool for all you Rock N’ Rollers out there- Max Weinberg’s Jukebox!

Trust Jeff Eats on this one, for 50 bucks you will have an off-the-chart time partying- when the legendary Rock And Roll Hall Of Fame “drummer” and a few of his musician buddies take to the Arts Garage stage on Saturday Night, February 17th at 9pm!

Just a word to the wise, if you want to go- buy tickets ASAP- The bet here- is that this show will sell out real fast! 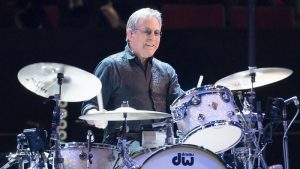 *Please note: Gift cards and account credits may not be used for the purchase of this show.

We are clearing the tables to make a dance floor, running a cash bar and bringing you Max Weinberg’s Jukebox for a night unlike any other! Tickets will sell fast, so buy early and don’t miss this interactive concert where YOU pick the playlist!

Fresh off the hugely successful The River Tour 2016-2017 of Bruce Springsteen and The E Street Band, where the group played 89 concerts nearly four hours long each night in 15 countries amassing $300,000,000 in ticket sales, Rock And Roll Hall Of Fame Drummer Max Weinberg is now touring with his new concept—“Max Weinberg’s Jukebox” and it’s coming to Arts Garage on February 17th.

A truly interactive experience, Weinberg invites the audience to create in real time the set list he and his crack four piece group will play that night. Performing songs from the glory days of rock and roll– guests get to choose from a video menu of over 200 songs– everything from the Beatles to the Stones to Bruce and The E Street Band’s biggest hits—and hear the group play ‘em the way you want to hear them played!

That’s right—the crowd yells out their choices and Max plays them! This unique approach makes you feel like you are part of the band. How many times have you attended a show where you yearned to hear your favorite performer play your favorite song? With Max Weinberg’s Jukebox your dream will be realized.

Weinberg, the driving rhythmic force propelling The E Street Band for 43 years, is also known to millions of fans for his 17 year stint as the bandleader and comedic foil to talk show host Conan O’Brien and is the only musician in history to make the leap from a starring role in one of the world’s iconic rock groups to leading his eponymous band on NBC’s “Late Night” and “The Tonight Show”. And if that wasn’t enough Weinberg managed to do both gigs simultaneously from 1999-2009. Throughout his 50 year professional career Weinberg has played with some of the biggest and most diverse names in music-—James Brown, Paul McCartney, Bob Dylan, BB King, Tony Bennett, Ringo Starr, John Fogerty, Stevie Winwood, Sheryl Crow—even Isaac Hayes performing his legendary “Shaft” with a 30 piece orchestra Max conducted on the Late Night broadcast. In 2009 Bruce Springsteen and The E Street Band performed the halftime show at Super Bowl 43 to the largest audience ever recorded for that event—over 100,000,000 people. Weinberg also has the distinction of being the drummer on the two biggest selling rock albums in history—Bruce Springsteen’s “Born In The USA” and Meatloaf’s “Bat Out Of Hell”.

In true rock club fashion, we will have two full cash bars. No tables, no BYOW – just you and the band! Just bring yourself, friends and your dancing shoes! Relive the glory days with Max Weinberg’s Jukebox!

My name is Jeff. I was born and bred in Brooklyn, New York. Since 1991, I have lived in South Florida and have eaten in so many restaurants down here, that I now consider myself to be a food expert. END_OF_DOCUMENT_TOKEN_TO_BE_REPLACED