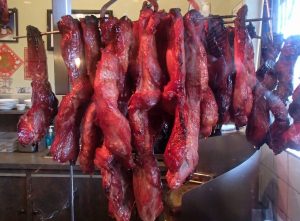 For you guys who maybe wondering what Jeff Eats, Mrs. Jeff Eats and two other couples are doing tomorrow night for New Years Eve- well wonder no more, we will be eating dinner starting around 7:30pm at Hong Kong City BBQ, 5301 North State Road 7, Tamarac, Florida 33319, (954) 777-3832 and after dinner we’ll be joining the crowd at The Pavilion at the Seminole Casino Coconut Creek for the Village People’s concert which starts at 10pm.

For you guys who need to know more… 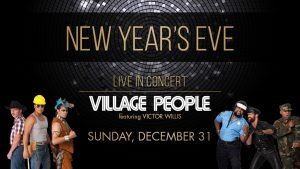 Just announced…
The Village People with their original lead singer Victor Willis (he’s the cop) will be playing The Pavilion at the Seminole Casino Coconut Creek on Sunday- December 31, 2017 (10pm). This is a General Admission situation- (includes two complimentary drinks, desserts and a New Year’s Eve countdown complete with party favors and a champagne toast) with all tickets priced at $95 plus tax & fees.

Jeff Eats last saw the Village people 22 years ago- and they killed!

Jeff Eats is thinking a tad on the pricey side, but then again it is New Year’s Eve!

My name is Jeff. I was born and bred in Brooklyn, New York. Since 1991, I have lived in South Florida and have eaten in so many restaurants down here, that I now consider myself to be a food expert. END_OF_DOCUMENT_TOKEN_TO_BE_REPLACED