Jeff Eats was just by- Yamato Road & 441 in Boca Raton. Saw a huge tractor-trailer “unloading” a ton of cars- all with New York license plates! 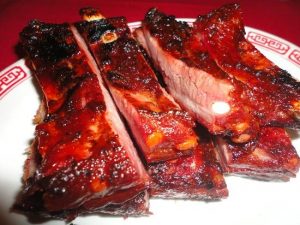 Let me be straight-up with you guys…years ago, Gary “Woo” was a neighbor of mine…best friends, nope, but I know the guy. I remember when he opened his first joint- China Dumpling (Boynton Beach), his second joint-Gary Woo’s Asian Bistro (Boca Raton)…if you check, I rated China Dumpling one of the best Chinese restaurants in South Florida. To date, I have not reviewed the Asian Bistro.

Anyway…a few months ago a new strip center opened in Boca Raton…Gary Woo Express is the Chinese “anchor”…this is a takeout -only joint.

Let me start off by saying, that the food that this joint is cranking out is top-notch. Now, in most likelihood, I haven’t gotten stuff from your favorite neghborhood haunt, but based on 2-takeout outings…I’m gonna bet that Gary Woo’s food is better than the food you have been schleping home.

I do have one problem with the joint…some of the prices are off-the chart…waaaaay tooo expensive.

My name is Jeff. I was born and bred in Brooklyn, New York. Since 1991, I have lived in South Florida and have eaten in so many restaurants down here, that I now consider myself to be a food expert. END_OF_DOCUMENT_TOKEN_TO_BE_REPLACED