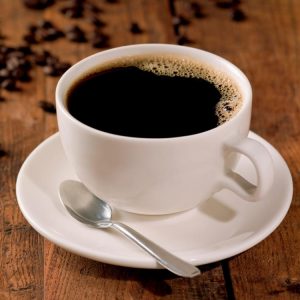 Interesting “bathroom reading”- which I thought I’d share with you!

With National Coffee Day around the corner and the U.S. coffee industry currently valued at $48 billion, the personal-finance website WalletHub today released its report on 2017’s Best Coffee Cities in America, along with its list of top coffee deals and discounts offered by retailers during the holiday.

To determine the best local coffee scenes in America, WalletHub’s data crunchers compared the 100 largest cities across 14 key indicators of a strong coffee culture. The data set ranges from coffee shops, coffee houses and cafés per capita to average price per pack of coffee.

Fremont, California, has the highest average annual spending on coffee per household, $185.00, which is three times higher than in Detroit, the city with the lowest at $61.29.

Gilbert, Arizona, has the highest share of households that own a single-cup/pod-brewing coffee maker, 21.1 percent, which is 2.9 times higher than in Hialeah, Florida, the city with the lowest at 7.3 percent.

Portland, Oregon, has the most coffee and tea manufacturers (per square root of population), 0.0180, which is 36 times more than in Riverside and San Bernardino, California, the cities with the fewest at 0.0005.

To view the full report and your city’s rank, please visit:
http://wallethub.com/edu/best-cities-for-coffee-lovers/23739/

Please let me know if you have any questions or if you would like to schedule a phone, Skype or in-studio interview with one of our experts. Full data sets for specific cities are also available upon request.

My name is Jeff. I was born and bred in Brooklyn, New York. Since 1991, I have lived in South Florida and have eaten in so many restaurants down here, that I now consider myself to be a food expert. END_OF_DOCUMENT_TOKEN_TO_BE_REPLACED