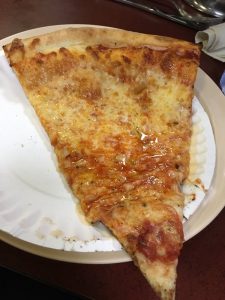 You guys gotta try this joint!

You guys can thank Jeff Eats later for the recommendation! 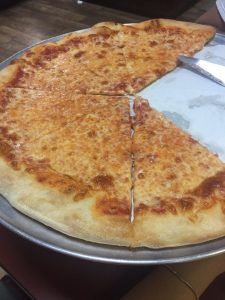 First told you guys about Salvatore Pizza on November 10, 2014- hadn’t been back until last night’s “drama” dinner with Mrs. Jeff Eats, Daughter Jeff Eats and Son Jeff Eats. Why such a long hiatus between visits?- Salvatore Pizza’s Hialeah location and Jeff Eats’ Boca Raton abode aren’t exactly “next door” to one another. Why the “drama”?- As I’m sure it’s the same with your family- That’s the $64,000 question!

Long story short, this joint’s food is off the chart delicious. You live, you work, you play in Salvatore Pizza’s neighborhood- you gotta give it a shot! 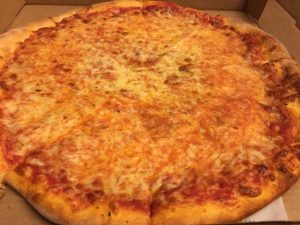 Got a real good one for you…Salvatore Pizza, Pasta & Subs in Hialeah.

You guys know and Jeff Eats knows, that “mom & pop”-red sauce Italian joints are a dime a dozen down here in South Florida. No ifs ands or buts, almost every dumpy-strip center has one of them. For the record, we also know-that these strip center pizza joints aren’t solely- indigenous (I did go to college)- to South Florida, all 50 states got them…

Jeff Eats and a couple of buddies recently had lunch at Salvatore Pizza and I gotta tell you, I loved the joint.

When you check Salvatore Pizza’s menu at salvatoreinhialeah.com, you’re gonna find the expected full-boat of appetizers/pizzas/pastas/subs/salads/calzones-stromboli/entrees/desserts.

Now, you guys know that Jeff Eats really isn’t into lists or rankings, but the- calzone stuffed with ricotta/mozzarella/romano cheeses definitely deserved a special shout-out! So- HELLO CALZONE!!

Nothing fancy going on at Salvatore Pizza. Solid and I do mean SOLID pizza joint stuff.

Like I said 4 seconds ago, Jeff Eats loved Salvatore Pizza.

The perfect Jeff Eats’ lunch…red sauce galore, loads of Coca Cola, good friends, plenty of napkins and no Mrs. Jeff Eats’-drama… bitching about- how I was stuffing my face, hadn’t taken a “lactose” pill and how I would be up all night gagging from indigestion.

My name is Jeff. I was born and bred in Brooklyn, New York. Since 1991, I have lived in South Florida and have eaten in so many restaurants down here, that I now consider myself to be a food expert. END_OF_DOCUMENT_TOKEN_TO_BE_REPLACED