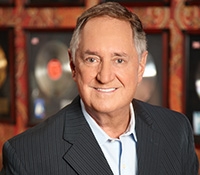 * An Evening With Neil Sedaka.

All I can tell you guys is that -you don’t want to miss Neil Sedaka!

Trust Jeff Eats on this one, Sedaka- the legendary pop songwriter and singer puts on an absolutely fabulous show!

Tickets on sale Monday, August 28 at 6am- via Ticketmaster (ticketmaster.com).

My name is Jeff. I was born and bred in Brooklyn, New York. Since 1991, I have lived in South Florida and have eaten in so many restaurants down here, that I now consider myself to be a food expert. END_OF_DOCUMENT_TOKEN_TO_BE_REPLACED