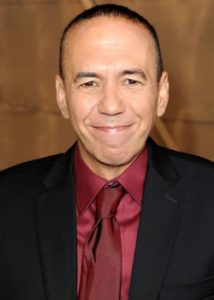 For what it’s worth, one of Jeff Eats and Mrs. Jeff Eats’ all-time favorite comedians is Gilbert Gottfried- over the years, we’ve seen Gottfried “live” 5 times and each and every time he’s cracked-us up!

For those of you who have never been to the Palm Beach Improv- trust me, it’s a great looking showroom and every seat is good. Jeff Eats and Mrs. Jeff Eats have been going there for years—to watch America’s top comics. Just a suggestion—in addition to the show, plan on eating at the Improv…the joint has a very reasonably priced menu and its burgers, cheesesteak sub, wings are probably as good if not better than the stuff your favorite sports bar serves-up.

For those of “you” who may-be from Mars—who don’t know who or what about Gilbert Gottfried, the Palm Beach Improv site has a video for you to watch- also printed below is the Improv’s “biography” for Gilbert Gottfried…

“Gilbert Gottfried: At the young age of 15, Gilbert Gottfried began doing stand-up at open mike nights in New York City and, after a few short years, became known around town as “the comedian’s comedian.” After spending several years mastering the art of stand-up comedy, producers of the legendary NBC late night comedy show Saturday Night Live became aware of Gottfried and, in 1980, hired him as a cast member. It wasn’t until a few years later when his true notoriety would begin when MTV hired him for a series of improvised and hilarious promos for the newly formed channel. This led to several television appearances on “The Cosby Show” and “Late Night with David Letterman.” Gottfried’s work in television soon led to roles in film. Most notable was his improvised scene as business manager Sidney Bernstein in the hit sequel “Beverly Hills Cop II,” for which the New York Daily News said that, “Gilbert Gottfried steals the picture with a single scene.” Aside from his glowing reputation in comedy clubs, Gottfried began to gain a reputation as the king of quirky roles in both movies and television. He appeared in such movies as “Problem Child,” “Problem Child II,” “Look Who’s Talking II” and “The Adventures of Ford Fairlane.” He was also the host of the very popular late night movie series “USA Up All Night.” After his stellar performance as the wise cracking parrot, IAGO, in the Disney classic “Aladdin,” Gottfried became one of the most recognizable voiceover talents. His signature voice can be heard in several commercials, cartoons and movies. Gottfried also is the voice of DIGIT in the long running PBS Series “Cyberchase.” Gottfried has been a regular on the new “Hollywood Squares” and is a frequent guest on “The Tonight Show with Jay Leno” and “The Howard Stern Show.” Gottfried appeared in the hit comedy documentary “The Aristocrats,” with Entertainment Weekly saying that, “out of the 101 comedians who appear on screen, no one is funnier – or more disgusting – than Gilbert Gottfried.” Part memoir, part twisted social commentary, part scratches on the bathroom wall, “Rubber Balls and Liquor,” Gottfried’s hilarious first-ever book, was recently released. Also recently released on both DVD and CD is “Gilbert Gottfried Dirty Jokes” featuring 50 non-stop minutes of Gottfried telling the funniest and filthiest jokes ever. The show was filmed live at the Gotham Comedy Club in New York City. Also featured on the DVD is some of the funniest bonus features ever, including wild stories, indignant ranting and celebrity impressions that will leave viewers crying for more. For this live performance, Gottfried puts aside political correctness and fires an onslaught of jokes that know no boundaries. At the end of the show, Gottfried tells what is known among comedians as the “Dirtiest Joke of All Time,” which is also the basis for “The Aristocrats.” Gottfried is one of the most sought-after comedians, and regularly performs live to sold-out audiences across North America.”
For information call
561-833-1812
Located @
550 S Rosemary Ave. Suite 250 / West Palm Beach, FL 33401

My name is Jeff. I was born and bred in Brooklyn, New York. Since 1991, I have lived in South Florida and have eaten in so many restaurants down here, that I now consider myself to be a food expert. END_OF_DOCUMENT_TOKEN_TO_BE_REPLACED