Just in case you guys were wondering where Jeff Eats and Mrs. Jeff Eats are gonna be on Tuesday Night, September 5, 2017 at 7pm- well, wonder no more! 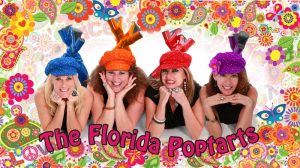 Trust Jeff Eats on this one, if you’re into the music of groups like The Ronnettes, The Crystals, The Chiffons, The Supremes, The Shirelles- you will absolutely love The Florida Poptarts.

For you guys who need a drop more “convincing” as to how good The Florida Poptarts really are- check the girls out at floridapoptarts.com for yourselves.

My name is Jeff. I was born and bred in Brooklyn, New York. Since 1991, I have lived in South Florida and have eaten in so many restaurants down here, that I now consider myself to be a food expert. END_OF_DOCUMENT_TOKEN_TO_BE_REPLACED