Can one of you guys please explain to Jeff Eats Americans’ seemingly endless fascination with The British royal family.

Didn’t we beat these cats in 1776 so we wouldn’t have to deal with these folks?

Just between you guys and Jeff Eats- I’m kinda thinking that Prince Harry and his brother Prince William (products of the Lucky Sperm Club) aren’t the sharpest pencils in the pencil box- but that’s just me!

While you’re working on The British royal family for me, maybe you can also tell Jeff Eats what these Khardashian clowns are all about! 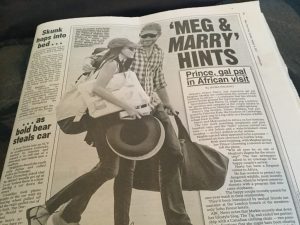 9 Comments to “The British royal family”

My name is Jeff. I was born and bred in Brooklyn, New York. Since 1991, I have lived in South Florida and have eaten in so many restaurants down here, that I now consider myself to be a food expert. END_OF_DOCUMENT_TOKEN_TO_BE_REPLACED