* The City of Boca Raton’s Summer in the City 2017- Turnstiles- Billy Joel Tribute..

* The City of Boca Raton’s Summer in the City 2017- Turnstiles- Billy Joel Tribute..

Turnstiles is one of America’s best Billy Joel tribute bands- and the concert is a complimentary deal! 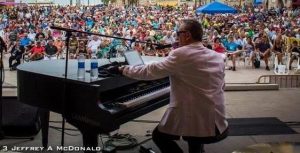 For venue FAQs : http://myboca.us/pages/mizneramphi/faq
TICKETS: This event is free and open to the public, no ticket required

For you guys who maybe wondering, before the show- Jeff Eats and Mrs. Jeff Eats are eating at Tucci’s Fire N Coal which is a 5 minute walk from the Mizner Park Amphitheater. Absolutely awesome coal oven pizza and wings! 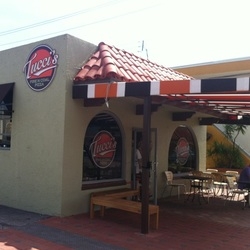 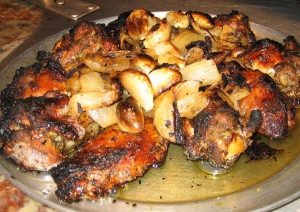 Real simple tale to tell you, Jeff Eats is thinking- that Tucci’s Fire N Coal Pizza is one of the best coal-oven pizza joints in Florida.

No bs-here, its salads, pizzas, pastas and entrees are all- off the chart- and I really can’t think of another Florida coal oven joint that makes better coal oven wings.

Tucci’s is an absolute must try. 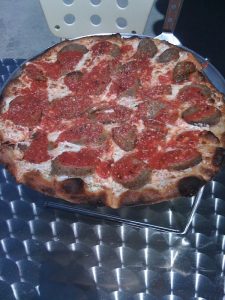 Regular, Jeff Eats’ readers know that…I love a good pizza. I don’t care if it’s brick-oven, wood oven, coal oven, this oven or that oven…just as long as it tastes good. You also do know that I speak fluent Italian…”Give me two slices and a large Coke.”…don’t you? Over the past 3-years or so, South Florida has been “hit” with a ton of new pizza joints which play the “coal oven-chicken wings” card…guys like Anthony’s, Coal Mine, Carolina’s, Mona Lisa, just to name a few…and by in large, they are all pretty decent… of course, some are better than others…that’s why Jeff Eats is here.

Anyway…last night, I gave Tucci’s Fire N Coal Pizza in Boca Raton a shot. The joint which has been open for something like 3 months… has indoor seating for about 50 and maybe 10 outside. The menu has 4 appetizers, chicken wings, escarole & beans, eggplant rollatini and sauteed broccoli rabe & sausage…2 salads, Italian and caesar…loads of coal/wood cooked pizzas…2 desserts, cheesecake and cannoli…beer and soda by the bottle.

Let’s make this review easy. I had an Italian salad, margherita/ricotta pizza, chicken wings. The food was delicious. The salad was cold, fresh, crisp… The chicken wings were seasoned with garlic and carmalize onion, The pizza was thin crusted, crisp, perfectly well-done, right on the money sweet sauce…As for service, pleasant as can be…Price-wise, small wings (10) $9.95, salad which could have feed 3 ($10.95), pizzas–depending on what you order (that’s obvious) start at- small ($13.95)-large ($17.95).

Tucci’s Fire N Coal Pizza is a really good coal-oven pizza/chicken joint. I enjoyed its food and casual “hole in the wall” atmosphere. By the way, you can check Tucci’s menu/prices at www.tuccispizza.com.

Tucci’s is open for lunch & dinner Tuesday-Sunday…the joint is closed on Monday.

My name is Jeff. I was born and bred in Brooklyn, New York. Since 1991, I have lived in South Florida and have eaten in so many restaurants down here, that I now consider myself to be a food expert. END_OF_DOCUMENT_TOKEN_TO_BE_REPLACED