* The City of Boca Raton’s Summer in the City 2017- Liverpool Live- The Beatles Tribute.

Just in case you guys were wondering where Jeff Eats and Mrs. Jeff Eats are gonna be tonight- Friday, July 7, 2017 at 7:30pm…

Jeff Eats has seen Liverpool Live and the band puts on a great show...by the way, tonight's show - is a complimentary deal! 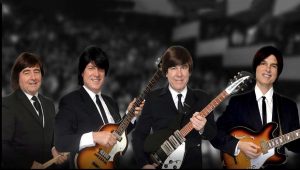 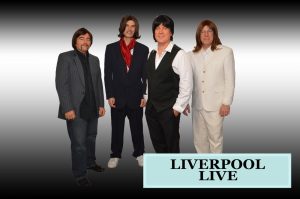 FAQs:
- For full Summer in the City Concert and Movie dates, myboca.us.
- Seating: Chairs and blankets are welcome. For your convenience, chairs will be available to rent for $5 cash inside the venue
- Food and beverages will be available to purchase inside the venue. No outside food or beverages are allowed.
- Shows are rain or shine
For venue FAQs : http://myboca.us/pages/mizneramphi/faq
TICKETS: This event is free and open to the public, no ticket required 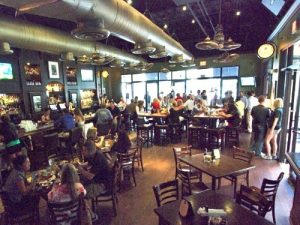 Personally, I wouldn’t give you 5 cents for most of the Irish “pubs” in South Florida…darkly lit-dark wood-beer joints, with mediocre food, at best.

Dubliner Irish Pub located in Boca Raton’s Mizner Park…is the exception to the rule. For sure, it has the dark wood interior–and dark lighting… but its food is terrific. A recent outing had me “sampling” prime rib sliders, hamburger, shepherd’s pie, french fries and macaroni & cheese…all absolutely delicious. Throw in top-notch djs and bands (Thursday-Saturday) covering the 1960’s-2009, reasonable prices/pleasant waitstaff and an out- door dining patio for “people watching” the Mizner Park crowd…and you got a real good joint.

Dubliner’s menu has all of the “Irish” standards…plus loads of appetizers, salads, burgers, sandwiches and meat/chicken/seafood entrees. It’s got a real nice beer selection and hard stuff.

My name is Jeff. I was born and bred in Brooklyn, New York. Since 1991, I have lived in South Florida and have eaten in so many restaurants down here, that I now consider myself to be a food expert. END_OF_DOCUMENT_TOKEN_TO_BE_REPLACED