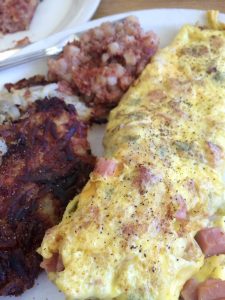 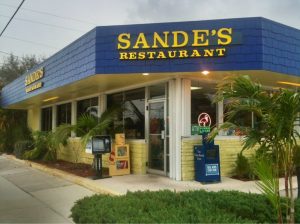 Not exactly sure as to how long Sande’s- a “mom & pop” cash only- counter/table/booth seating diner has been around- all I can tell you- is that Jeff Eats and Mrs. Jeff Eats have been eating there for something like 17 years.

Simple tale to tell you guys, Sande’s is open 365 days a year 6am-2:45pm and serves up delicious, reasonably priced – breakfast stuff, salads, sandwiches, burgers, entrees, desserts. If you didn’t catch it before, the joint is a cash only-situation! 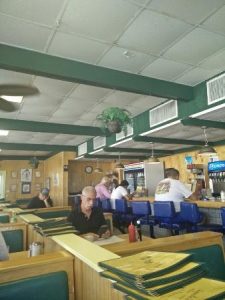 By the way, here’s Jon G’s e-mail…
From: Jon G
Subject: Sande’s Restaurant
Jeff, ever get a chance to try Sande’s in Delray on US1. Real good mom and pop diner. The frosted flake French Toast is delicious. You’ll like it!

Finally, for you guys who made it “all” the way down here- that Frosted Flakes French Toast that reader- Jon G raved about- is absolute dynamite- I’ve had it a good handful of times!

My name is Jeff. I was born and bred in Brooklyn, New York. Since 1991, I have lived in South Florida and have eaten in so many restaurants down here, that I now consider myself to be a food expert. END_OF_DOCUMENT_TOKEN_TO_BE_REPLACED