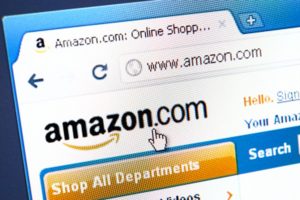 Jeff Eats is thinking that- In addition to a retail grocery business, Amazon is acquiring a boat-load of brick & mortar locations to distribute “products” ordered online from…

We’ll just have to wait and see how this all plays out!

Amazon is making a big bet on physical stores and the business of food.

Amazon said it will continue to operate Whole Foods stores under that name as a separate unit of the company.

The deal shows Amazon’s interest in moving into the business of operating traditional brick-and-mortar stores, even as traditional retailers crippled by Amazon’s growth have announced a series of store closings.

It also shows Amazon’s growing interest in groceries. And it demonstrates the financial might of Amazon, whose market value is greater than that of the 12 largest traditional general retailers combined.

“Millions of people love Whole Foods Market because they offer the best natural and organic foods, and they make it fun to eat healthy,” said Jeff Bezos, Amazon founder and CEO.

My name is Jeff. I was born and bred in Brooklyn, New York. Since 1991, I have lived in South Florida and have eaten in so many restaurants down here, that I now consider myself to be a food expert. END_OF_DOCUMENT_TOKEN_TO_BE_REPLACED